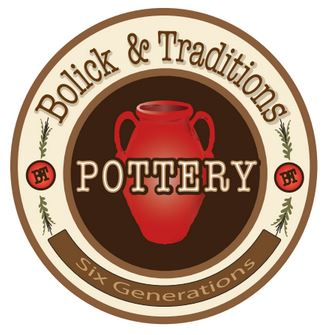 The groundhog style wood kiln will  be unloaded at 10am on Saturday morinng. Guest are encourage  to be present at that time to watch the items being taken from the kiln and then make their selection. New items this year by Michael and Janet Calhoun will  include candlesticks with Mr. & Mrs Claus relief carvings,  small Christmas trees tealight holders, and Rebekah pitchers with the potter's hand attached.  Michael Calhoun will have his much desired Santa Face Jugs as well as   Mrs, Claus, Harry Potters, Wizards, and more.  Lula Owens Bolick will have Monday/Friday face jugs and other traditional jugs.  Glenn Bolick will have several “swirl” pieces and Ina Owens Bolick will also have sculpted chickens and hand built items.  Both galleries are open daily and  stocked with mugs, bowls, serving pieces, and other functional, and decorative pottery just in time for the giving season.

Music will also be a part of the event. Connie Trivette, and Gail Evans will perform in the cabin along with Glenn Bolick.

Lula Owens Bolick is a 5th generation potter from the Owens Family of Seagrove, NC. Janet (Lula's daughter) is a 6th generation. Together, with their husbands, Glenn Bolick and Michael Calhoun, they produce shapes that have been in their family for more than 190 years. Each potter also has their own designs and techniques.


This event is held at Bolick and Traditions Pottery  at 4443 Bolick Road, Lenoir NC .

Posted by The Blowing Rock Chamber of Commerce at 6:00 AM